For a project, I need to get a reliable Carrier Detect (or “my squelch is open, I am receiving”) signal out of a cheap and nasty Baofeng UV-5RA.

I’ve succeeded, and have done so by pulling together a few people’s work from around the web. I thought I’d pull it all together here.

This guy has done basically the same thing, using a Baofeng BF-888. Basically you take advantage of the fact the Baofeng powers on its audio amplifier only when the squelch is open. The radio applies 7.6V to pin 2 of the TDA2282 amplifier chip just under the LCD when the squelch is open. (Pin 4 is ground.) Take a feed from pin 2, to a 5k resistor, to the base (centre pin) of a BC547 NPN transistor. Ground the emitter (right pin, looking at the flat side). When the squelch opens, there is continuity between the collector (left pin) and the emitter – that’s your output.

Here’s the chip. Pin two is bottom row, second from the left. Pin 4 is bottom right. I ran very thin insulated wires around the edge of the board and up above the battery clip, behind the plastic cover.

I’ve stuck a tiny socket up where the belt clip was: 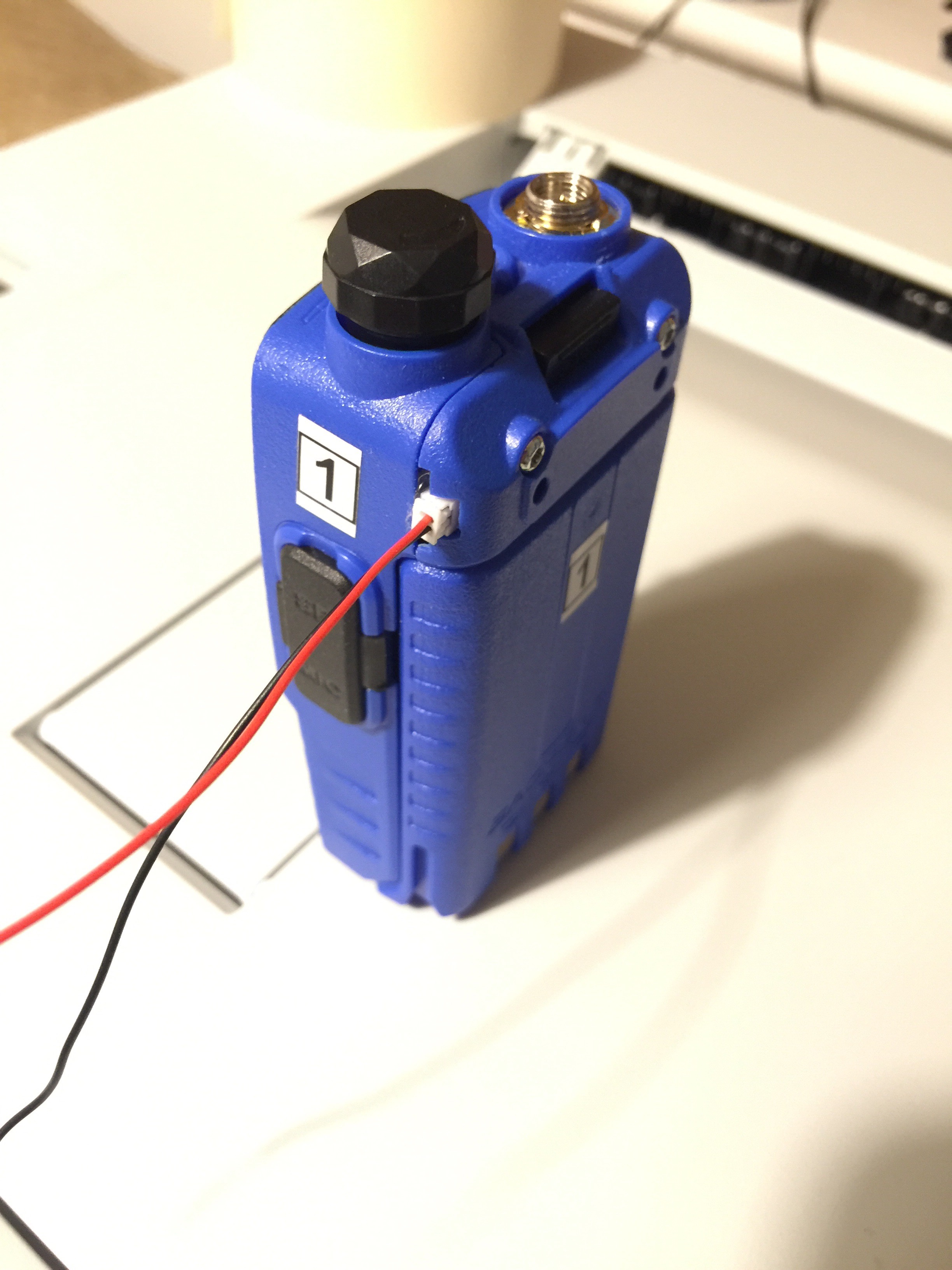 and I’ve shoved my transistor and resistor up behind the outer plastic cover above the battery on the right, dead bug style, hot glued on top of some insulating tape. Quite a bodge, but with some Dremel trimming of the case, it’s all held together fine by the top cover screws. 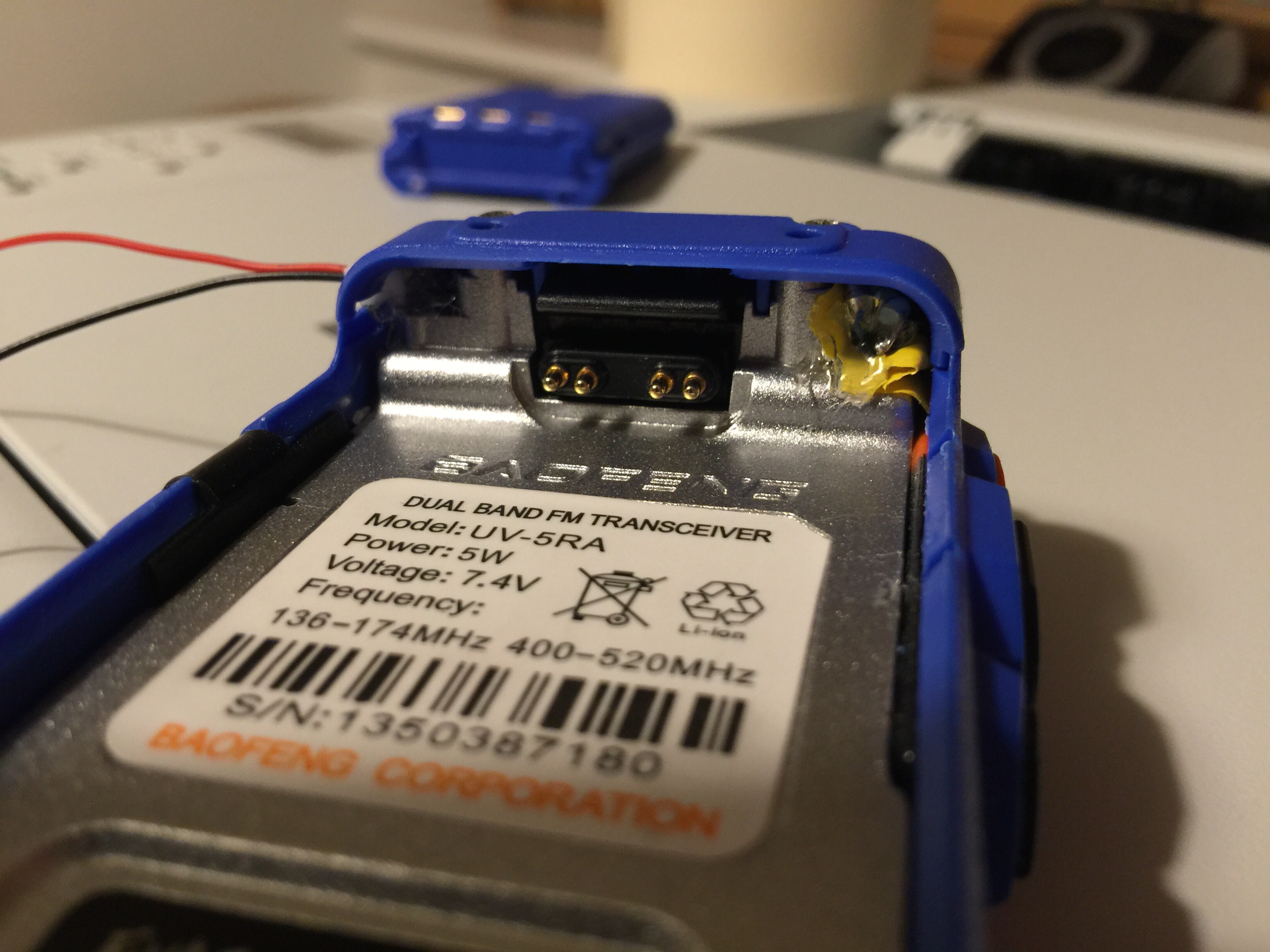 Multimeter reads continuity between the two output wires (red wire=collector, black wire=emitter) whenever the squelch is open, and open circuit when no signal is being received. Current should flow from the red wire to the black wire in any downstream interface.